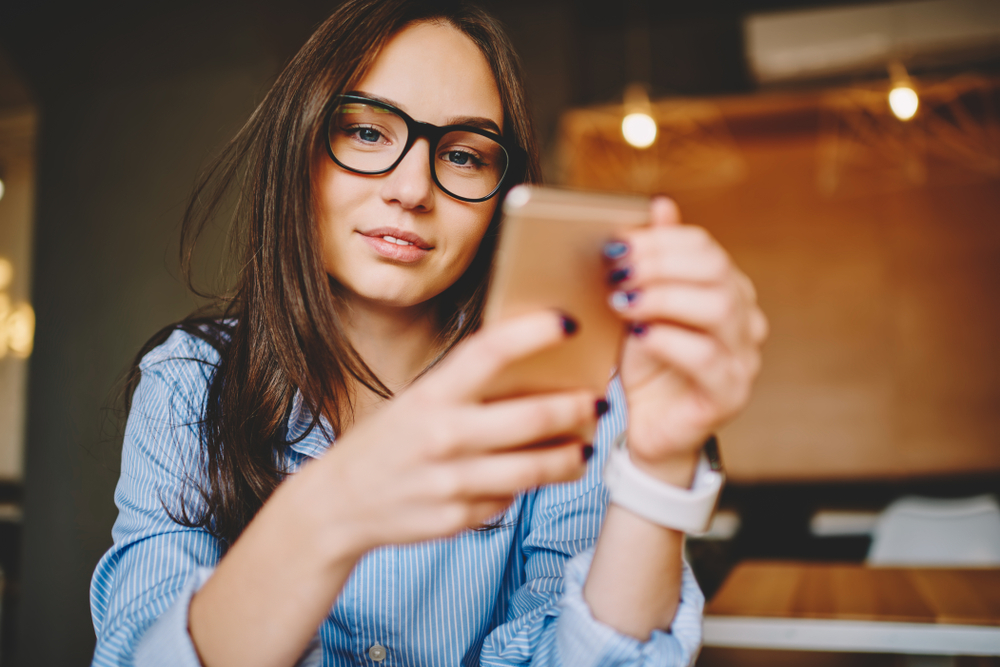 They tune out every single television commercial.

Billboards are nothing more than visual obstructions blocking their otherwise unhindered views of scenic roadways.

In their 20 years of using the Internet, they’ve never actually clicked a banner ad.

Sales circulars go straight to the trash (or more likely, the recycling bin.)

Surely right now, somewhere, Spotify just interrupted a meditating millennial’s playlist of serene instrumental tracks with an ad, and they are desperately trying to tune it out.

Traditional advertising does not affect them. It doesn’t influence their buying habits whatsoever.

In fact, they’re almost entirely immune to it. And even if you’re not a millennial, there’s a good chance you’re immune to it as well.

Only about 1% of millennials claim that a compelling ad influences them. The rest are almost naturally skeptical of advertising. They think it’s entirely spin, and don’t bother paying attention.

This tidbit of information might not mean much if this generation were still made up of student loan-soaked college kids bopping around campus in between Netflix binges and Bonnaroo.

But that’s not the case anymore.

Millennials officially make up a majority of the voting age population and the workforce. They’re also quickly hedging out Gen Xers for the most entrepreneurs per generation.

They are quickly gaining control now, and before long, they’ll be the number one market influencers. Which means that, at some point, brands and businesses are going to have to nix it with the advertisements and find a new angle — one that’s focused more on authenticity and value instead of the sale.

Make Them Love You First

Did you read that last bit?  “Engage them.”

Like two parents harassing their daughter’s new boyfriend, millennials need to know you before they’ll trust you. They want transparency. They want brands to interact. Simply put, they want to know they’re dealing with real humans, not faceless corporations.

Where does this corporate distrust originate?

Perhaps it’s because they grew up in an age of social media and transparency, where everyone and everything is knowable.

Or perhaps it’s because the worst financial crisis overshadowed their formative years.

At the end of the day, it doesn’t matter.

What matters is that they’re not moved by flashy ads, big promises, and the “wow” factor. They want authentic messages, authentic brands, and genuine interactions.

How to Be More Authentic

If you’re a business owner, there are two ways to react to this information. You could ignore it and brush it off as youthful nonsense, or you could acknowledge the increasingly crucial role millennials play in the market and do something about it.

If you chose the former, you can stop reading now and wait for your company to collapse. But if you’re smart and chose the latter, here are 4 ways you can make your brand more authentic.

The great thing about social media is that it’s tough to play dumb. Millennials know you see their comments, messages, and photo posts. They know you can see when you’re tagged, mentioned or liked. Don’t fool yourself into thinking you can hide away in an ivory tower. Take the opportunity to interact, engage and communicate with your audience. You don’t have to respond to every single notification, but you can’t ignore them all either.

Like I said earlier, millennials automatically distrust advertisements because they think it’s all spin. Of course, your commercial makes your product look amazing. You’re trying to make money. But how do THEY know it’s worth it?

Open your business up a little. Show what’s happening behind the scenes. You can’t do all your work behind closed doors and expect millennials to trust you.

Why do millennials prefer Marriott to Westin hotels and Target to Costco stores? It’s because one chain provides more relevant services and goods that pertain to their needs and lifestyles. These brands have created well-balanced offerings that meet the needs of all customers – Pew Research suggests that a significant portion of millennials surveyed appreciated the tech features available at Marriott properties.

Your business needs to be relevant. That doesn’t mean every tweet has to include current online lingo (in fact, it’s probably better to avoid this for the most part). It doesn’t mean you have to like everything millennials like. What it does mean is that you produce content that aligns with their needs, their wants, and their lifestyle.

Everything else I’ve mentioned plays into this. The best thing your business can do to prove authenticity is to care — not just about millennials, but about you and your work. Prove that you’re genuinely concerned with providing something of value rather than a quick buck. If you’re going to tell people that your product will make their lives better, then you need to believe that as well. More importantly, show them you believe it.